Give it to God he will take care of us 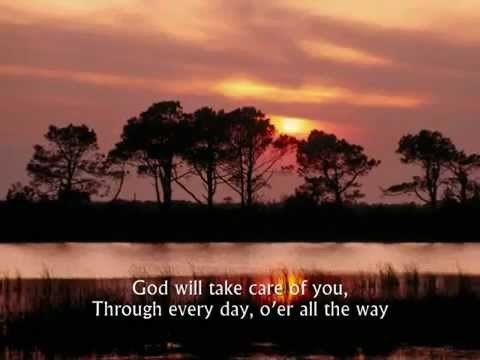 God wants to take the natural things in our life and make them supernaturally blessed. He does this by asking us to give Him what we already have in the natural, and He will do the supernatural.

That is why the Lord told Moses to cast his rod on the ground. And when Moses cast his rod on the ground, which represents him giving the rod to the Lord, that same rod became the rod of God. With that rod, the Red Sea was opened. (Exodus 14:16) And when that rod was used to hit a rock, water flowed out of the rock. (Exodus 17:5–6) It was no longer a natural rod, but the supernatural rod of God!

But why did the rod become a serpent when Moses cast it to the ground?

Moses never realized that there was a “snake” in his rod. You see, because of the fall of man, there is a touch of the curse—a snake—in every natural thing, including our career, natural strength, talents and ministry.

So how do we deal with the “snake” that is in all the natural things in our life?

First, cast it to the Lord. Then, do what the Lord told Moses Second “Reach out your hand and take it by the tail”. (Exodus 4:4)

Now, it could be fatal to take a snake by its tail because it can easily turn its head around and bite us. So why did God say that?

When we take it by the tail, God will take the head! He wants us to let Him handle the head, and not grab it or hold on to it tightly in fear or self-effort. That is how we see our career, strength, talents and ministry supernaturally blessed.

Choose to Worship instead of worry, which ultimately results in Victory and Blessings
We are free from the power of darkness
Using the right Equipment for our Life (Bible).